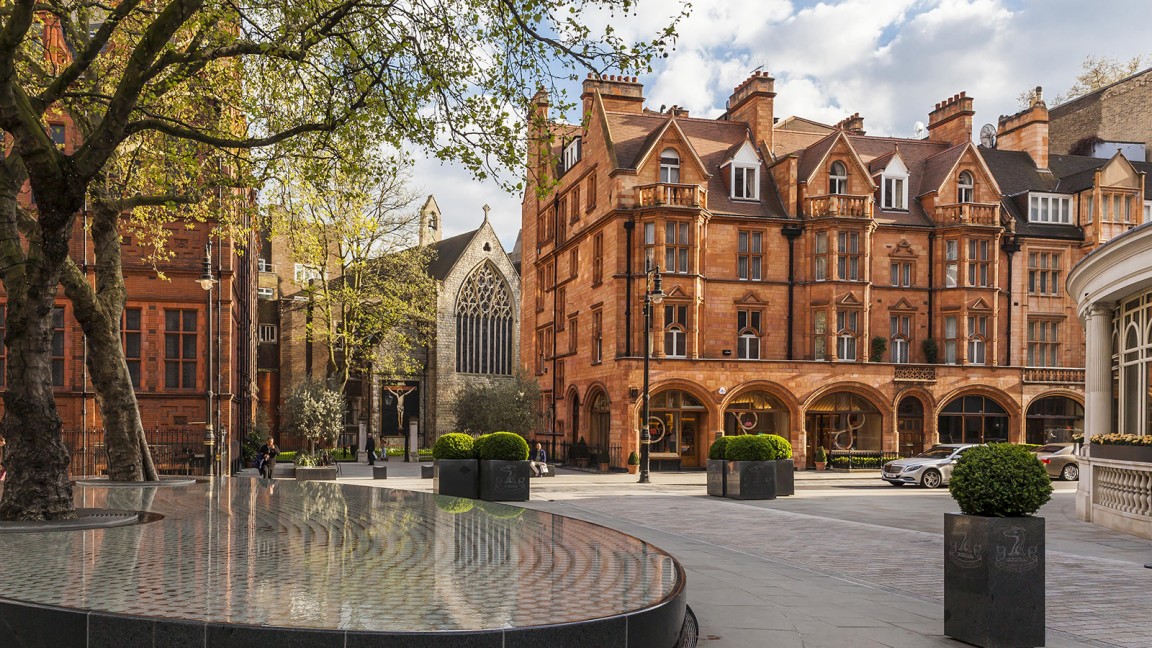 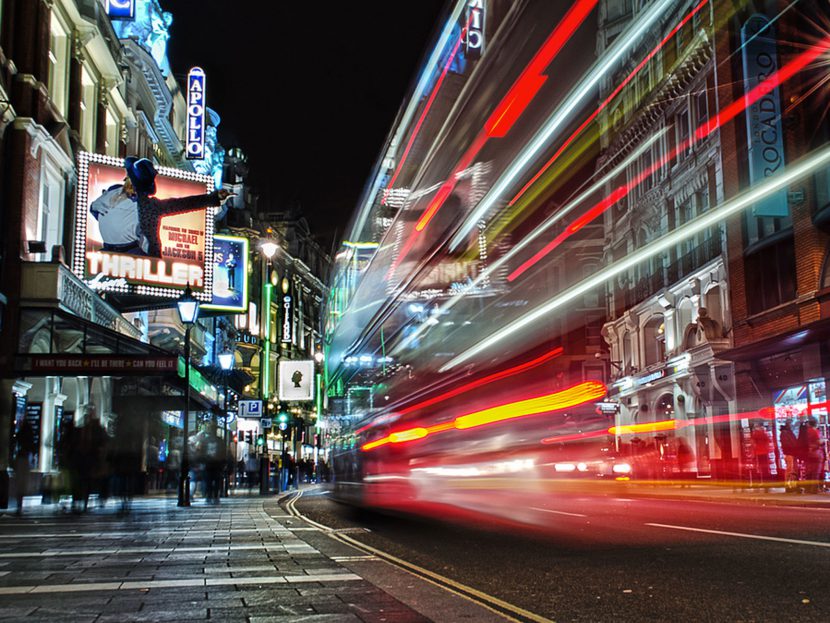 Looking back, my crystal ball was working well. The year can be summed up very simply. The first half saw transaction numbers remain very low with political uncertainty being sighted as the main reason for the lack of activity. Buyers were fearful and sellers were unrealistic.

The second half of the year saw a noticeable boost in both sentiment and activity, despite politicians continuing their headless chicken act which seems to come so naturally to so many of them. Transactions were up around 25% in prime central London during this period but even with this impressive rise in activity, the market was quieter than normal, so any estate agent claiming otherwise might be getting slightly ‘creative’.

Buyers have become more confident and many I speak to have simply run out of patience and accepted that if world wars didn’t stop the world from spinning, Donald Trump and Brexit won’t either. History says that there are few better investments than land and property in London, and buyers with medium to long term outlooks are less concerned with any short term price movement, that said, no one likes to overpay.

My previous comments on new build developments remain true – the vast majority are poorly built and those buyers hoping to ‘flip’ them in the short term will learn an expensive lesson. Remember, if the developer is pinching on things like the size of parking spaces and shower cubicles, they are likely to be skimping on the quality of exterior finishes and build which will impact demand and prices in the future.

I risk sounding like a stuck record, but basements and higher floor walk ups are routinely overpriced when launched onto the market, and this trend continues into 2018. I would avoid both unless priced accordingly. Leases must be checked and the future cost of any extension accounted for when deciding whether the price is right. I did a short report on London leases here if you require more information.

If you are waiting to see the outcome of Brexit before committing, I will repeat the warning I gave before the UK General Election in 2015 (read it here) – I am almost certain you will pay more for it than you will today. When Brexit is resolved, there will simply be another event that brings the winds of uncertainty and doubt blowing through the market, there is always something.

I spend much of my time speaking with private bankers, solicitors, schools, tax advisors and surveyors. Without exception, all of them are super busy and under pressure from sheer weight of clients and work, I believe this is an excellent indicator for future price trends. When these people are too busy to take their lunch breaks, it’s because the smart money is being put to work.
There is a real shortage of quality stock coming to market, especially in Mayfair and Knightsbridge, so I advise all clients to be prepared to act quickly and decisively when they see ‘the one’, even if ‘the one’ requires modernisation or reconfiguration.

We secured a house in Bayswater for over £100,000 less than a competing (but less organised) buyer recently. This doesn’t happen often, but a few times each year, we manage to pull it off. The vendor really wanted to secure a sale before he left for his annual cruise just before Christmas. Some vendors clearly appreciate transactional certainty over the chance to bank slightly more profit. We offered a non refundable deposit of £20,000 and 10 working day exchange, which the competing buyer couldn’t match. He or she was prepared to pay an extra £125,000 to secure the house but couldn’t promise to get it done in a timely fashion. I would suggest they were poorly advised – but perhaps I would say that.

Most vendors simply run with the highest offer and hope for the best, but I am always pleased when we are able to secure a property without being the highest bidder. I find it is often older vendors who are willing to accept a lower offer with the assurance that a transaction will actually occur. I think this makes them savvy rather than naïve but perhaps sitting on decades of price inflation allows you to take this stance?

You have to be prepared to act quickly if the right property comes to market at the correct price. Of course, the ‘correct price’ is not an exact science but as I have said before, a good way to know if you have pushed the vendor to the limit is when they are slightly uncooperative during the closing of the transaction. As a guide, when the vendor leaves expensive light fittings and a fridge full of champagne, you have probably over paid (or purchased from a very generous vendor, it does happen).

When clients decide to ‘wait and see’ before committing, the reason given is nearly always related to a piece of press they have read or been sent. You may have noticed that even with stock markets breaking new highs, nearly all property related news is very gloomy. It is the English way I’m afraid.

A team of psychologists from McGill revealed that ‘people tend to choose to read articles with negative tones and respond much faster to headlines with negative words in them’. You’re not constantly seeing negative headlines because the world is getting worse, you’re seeing them because negative headlines create more interaction and sell more papers or subscriptions. This bias affects reporting on every subject and housing is no different. My nephew recently announced that he ‘didn’t want to read or watch the news anymore’ as it seemed like ‘only bad things happened in the world outside his house’. You can’t blame him.

Of course, rose tinted glasses can be the most expensive type of spectacles to own, but to temper the fact that there are around 20 negative news articles to each positive one, let us remember that there has never been a better time to be alive than today. People are living longer, child poverty levels are half what they were in 1990. People are able to communicate with each other more effectively than ever before and stereotypes and discrimination of all types are less accepted than ever before. Advances in healthcare and transport promise to transform both our lives and those of our children.

I am of course avoiding the fact that the majority of people use social media to waste time rather than make it, in the same way I am avoiding mentioning that child poverty levels are the lowest ever but remain too high for a civilised world to be proud of.
Allow me to paint a picture of the London I see. I recently watched a play in London (Glengarry Glen Ross – thoroughly recommended). It was held at The Playhouse Theatre, close to Embankment and within yards of the Thames. It dates from 1882, and hosted comic operas and burlesques in its early days. More recent performers include Queen, The Beatles and The Rolling Stones. It has a capacity of only 786 and it feels old, intimate and atmospheric. If a building could feel haunted by happy ghosts, this one would be. You could sense the history of the place as you sat within yards of the cast.

My journey home took me through some of the most beautiful and ancient streets in all of London. Having done the walk many times over the years, I could tell that London had cleaned up it’s act compared to a decade ago. The streets were cleaner and felt safer than ever. The restaurants had varied and imaginative menus, and they were full. The hotels were understated but elegant, the pubs looked cosy with fires burning and misted windows. The cobbled streets around Covent Garden echoed with laughter as couples, families and tourists walked excitedly through the streets, wrapped up warm against the one thing London can’t offer – a tropical climate. This isn’t the London you always read about but it was my London at 10.30pm in December.
Ignore the press, prices will rise in 2018

The last time the British press was overwhelmingly positive about London property was late 2007. They don’t have a great track record sadly. There is estimated to be around £45trillion investment capital sitting idly on the side-lines, as investors remain nervous of stock markets trading at record highs.
History has shown that politics has little effect on the housing market, for example, during the 1970’s prices still climbed, despite Britain being known as ‘the sick man’ of Europe. We had an 83% tax rate on earned income and unemployment hit 10% by the end of the decade. Prices still climbed though.
The state of things today is very different. New industries and employers are coming to London in droves, the much reported exodus of bankers that the press has harped on about simply hasn’t happened. Facebook has 800 new staff, an increase of 50% in its London headcount. Google recently announced it was hiring an additional 3,000 people for its London offices and Amazon’s UK workforce now numbers 24,000. Apple has chosen to move 1,400 staff to its new HQ at Battersea Power Station.

Britain has maintained its place in the top 10 countries in the world for ease of doing business despite worries that political turmoil and Brexit could dent the UK’s appeal. The Bank of China recently opened its private banking arm in London to help Chinese moving themselves and their assets to London. Tech and fintech businesses are taking the office space that was designed with investment banks in mind, and some of the most eye wateringly large pay checks are going to those that lead or generate sales for these firms.

Bitcoin has a similar market capitalisation to Portugal and Finland. It may not make sense, but this is the world in 2018.

One thing that hasn’t changed is the appeal of London to International investors. 51% of all property in prime central London was bought by international investors in the third quarter of 2017, no doubt helped by the pound being historically weak against their home currency.

Record numbers of landlords are adding to their portfolios. This would normally set alarm bells ringing but this time, 65% are being bought with cash, a new high.
Remember, people have protested about high land and property prices for as long as there has been land and property available to own privately. The aristocracy used to own swathes of land and property (and still do in parts of London) but the new landlords are often spending freshly minted wealth, created from relatively new businesses that a few decades ago would not have existed or even have been dreamt of. Wages have never kept up with land prices and probably never will, so the vast majority of the population will never be able to buy property in central London but it has always been this way.

There was a popular British TV show in the 1980’s called ‘Bullseye’ which insisted on showing losing contestants what they ‘could have won’, had they been a little smarter or luckier. Perhaps that is why the London market receives so little positive press. Money is not distributed equally or fairly but thankfully, those that have it, are free to spend it as they please. London will continue to benefit from this unequal distribution, perhaps more so than any other place in the world.

I believe that this statistic hammers home the importance of being represented when buying rather than relying on the agent acting for the seller to give you the best advice.