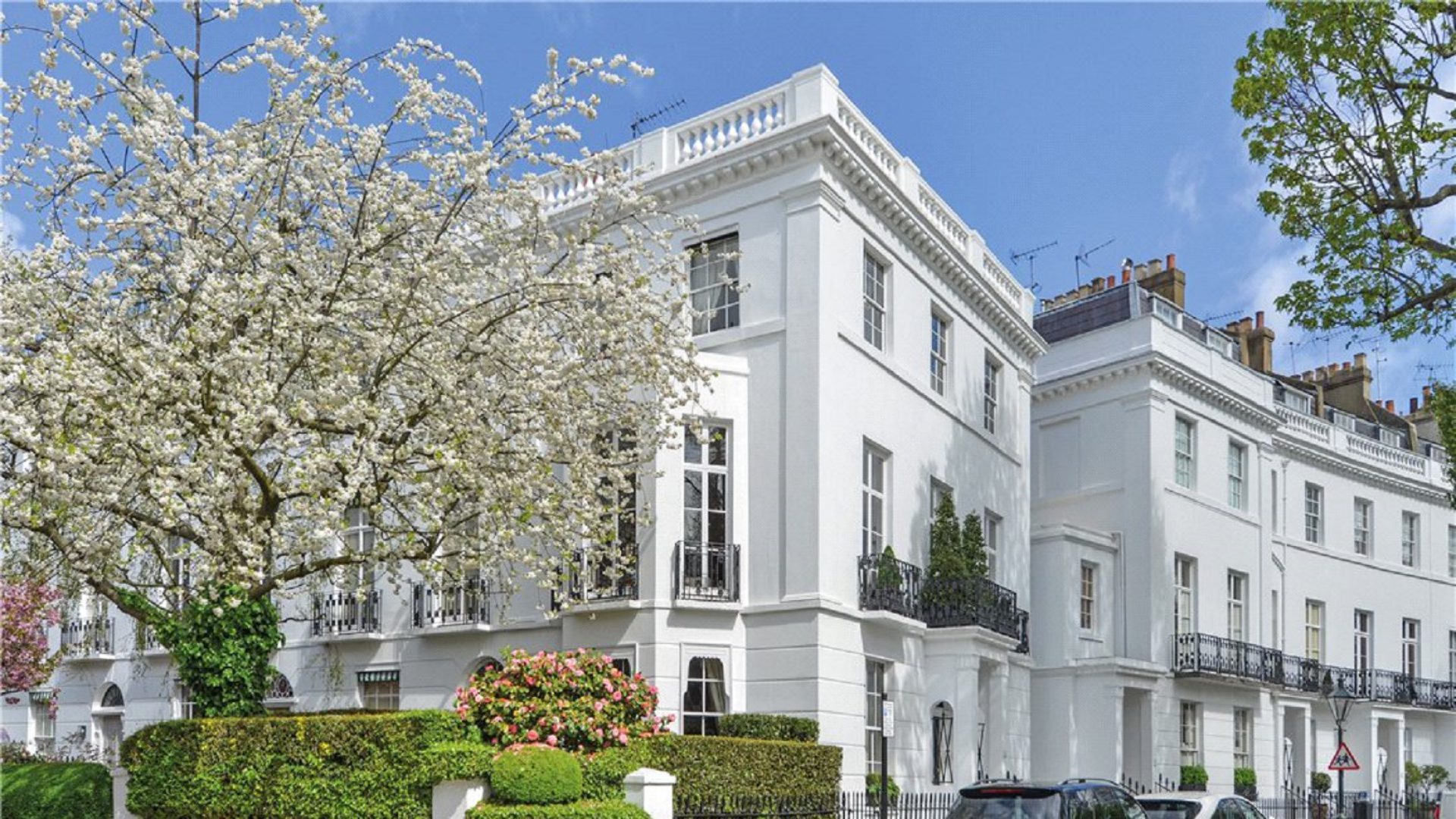 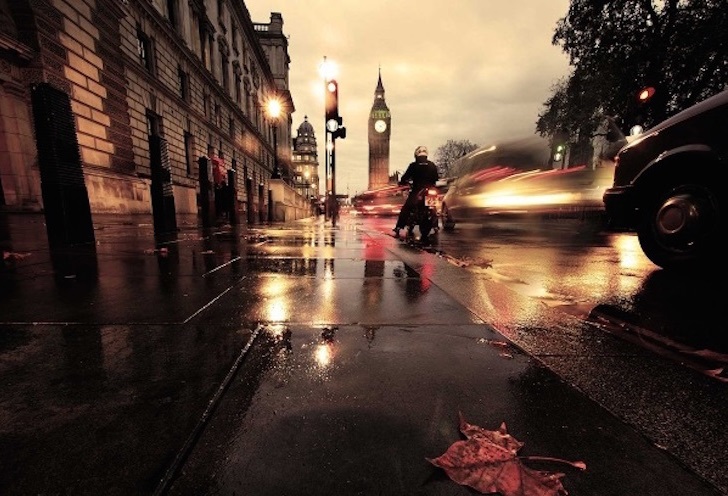 All leading indicators of demand have been increasingly positive over the last few weeks, with most agents reporting the number of properties going under offer rising by around 20% compared to the same period last year. Many agents are ‘calling the bottom’ of the market – but they would say that wouldn’t they?

My experience is that properties are sitting on the market without viewings, let alone offers, unless they are priced correctly. A lovely flat on a prime street in Notting Hill came to market last week at the right price and already has 3 offers on the table. If only all estate agents realised that no one benefits from over optimistic valuations.

CNBC recently called London property a ‘screaming buy’ which grabbed a few headlines (as intended). In truth, they may be correct but this is also to do with the alternatives currently available to investors. Most clients already have a classic Ferrari or an air cooled Porsche tucked away in storage, a few flawless diamonds or rubies vaulted in Antwerp, some rare artwork on their walls and gold bars in their safe.

These ‘alternative investments’ are perfect to sit alongside one’s London property investments. However, I would view London property, purchased on the correct terms, as being the best of the lot. You may say I am biased though.

I have seen several apartments recently that were very badly presented. This is quite rare in the £5m plus market as most vendors, especially at this price point, are aware of the obvious benefits of showing their property in the best possible light. On each occasion the explanation from the agent was that the seller is ‘too busy’ to prepare the property for each viewing. One vendor is a forced seller, so this is even more bewildering. I am monitoring one of these apartments carefully as it will become a fantastic purchase for the buyer that can see past the unmade beds and over flowing bins.

The surprise UK General Election called for June 8th is not of huge interest to the property market this time around. Data from previous elections has shown that their effect on the market is traditionally that of a lull before the vote and a spike of activity just after it – known as the ‘relief rally’. However, in terms of transactions, the buying seasons, which typically take place in Spring and Autumn, still have by far the biggest influence on sales volumes, especially when the election result is a foregone conclusion – as this one is. Sorry Mr Corbyn.

I trust the bookmakers marginally more than pollsters but according to both, the forthcoming election is as close to a one horse race as it’s possible to have in a democracy. The % chances of Theresa May being PM on June 9th are currently 95%. I expect the usual rush of post-election activity however, and will still be suggesting to all my clients involved in a transaction to exchange before this date and for those actively looking, I will aim to get offers agreed before June 8th.

Most new build developments in London are a huge disappointment, seemingly designed and marketed to take advantage of foreign buyers that trust the pretty simulated images that developers produce to secure deposits. Very few are built with any integrity or consideration that these buildings are likely to be homes or investments for the long term.

I was shocked that a recent development had attempted to squeeze extra parking spaces into the basement by making each space so tight that extracting yourself from a normal sized vehicle became a job for a contortionist. This type of penny pinching serves no purpose and I cancelled my viewings before I’d left the car park, any developer that is cost cutting in the car park will surely be doing so everywhere else – no thanks.

I found out recently that one of the best new build projects in London is likely to return its owners only 8% profit rather than the 20% originally projected. Costs have escalated and eaten into profits for the developer – good. I would rather the builder make an 8% profit from a well finished and properly constructed building than 20% from one where short cuts have been made to preserve precious margin. I am encouraged by this information and wish more developers took a slightly longer term view.

Several of my clients are hedge fund managers, and they all receive my monthly updates, so I hope they will each forgive me for what I am about to say.

A recent study reported that 89% of actively managed equity funds do not manage to beat the underlying market.

In simple terms, 9 out of 10 of the so called ‘market experts’ that typically charge 2% of your investment every year and retain 20% of any profits made, deliver a worse performance than if you just put your hard earned capital into a simple (and low cost) tracker fund? Can’t be true, surely? Sadly it is.

I am certain that my fund manager clients are among the 11% that do beat the market of course.

This got me thinking about whether I was an ‘expert’ and could I hold myself out as such to new and old clients. Having read the Malcolm Gladwell book, Outliers (I recommend it if you are yet to read it), I knew the answer was hidden in the numbers.

Gladwell is often misquoted, mostly by people who have not read the book I assume.

“Malcolm Gladwell said you have to have 10,000 hours in a subject to be an expert,” they will often state. The problem is, they’re repeating a mis-quote from someone else who has never read the book.

Here’s what Malcolm Gladwell actually said about the 10,000 hour rule and being a true outlier:

“By the age of twenty, the elite performers (violinists) had each totalled ten thousand hours of practice.” Page 38.

“The emerging picture from such studies is that ten thousand hours of practice is required to achieve the level of mastery associated with being a world-class expert—in anything,” writes the neurologist Daniel Levitin. Page 40.

“To become a chess grandmaster also seems to take about ten years. (Only the legendary Bobby Fisher got to that elite level in less than that amount of time: it took him nine years.) And what’s ten years? Well, it’s roughly how long it takes to put in ten thousand hours of hard practice. Ten thousand hours is the magic number of greatness.” Page 41.

No, he’s talking about those surprising success stories who stand head and shoulders above the elite performers in their industry. That one guy who is way better than his contemporaries.

“This is a book about outliers, about men and women who do things that are out of the ordinary. Over the course of the chapters ahead, I’m going to introduce you to one kind of outlier after another: to geniuses, business tycoons, rock stars, and software programmers”. Page 17

These people are the “outliers.” The “experts” are everyone else.

I decided to work out whether I had put in the hours to be considered an expert in my field. I started by going back over my diary for the last 3 months. The results surprised me, I am happy to share them with you.

What did I do with all this information?

Taking last week as an example, I viewed 33 properties and discounted 25 of these for various reasons, listed below. The remaining 8 will be shown to clients.

Of the 33 inspections I completed last week:

I spent an average of 4 hours a day on viewings and inspections last week, so an average of 20 hours a week / 86 hours a month / 1,032 a year. In the 7 years since founding Property Point London, that means I have spent around 7,000 hours inspecting London property.

I write this with tongue firmly in cheek but the overriding message is that there really is no substitute for physically inspecting as many properties as possible to give a true sense of where the market is really trading. If there was a short cut available, I would have a lot more free time.